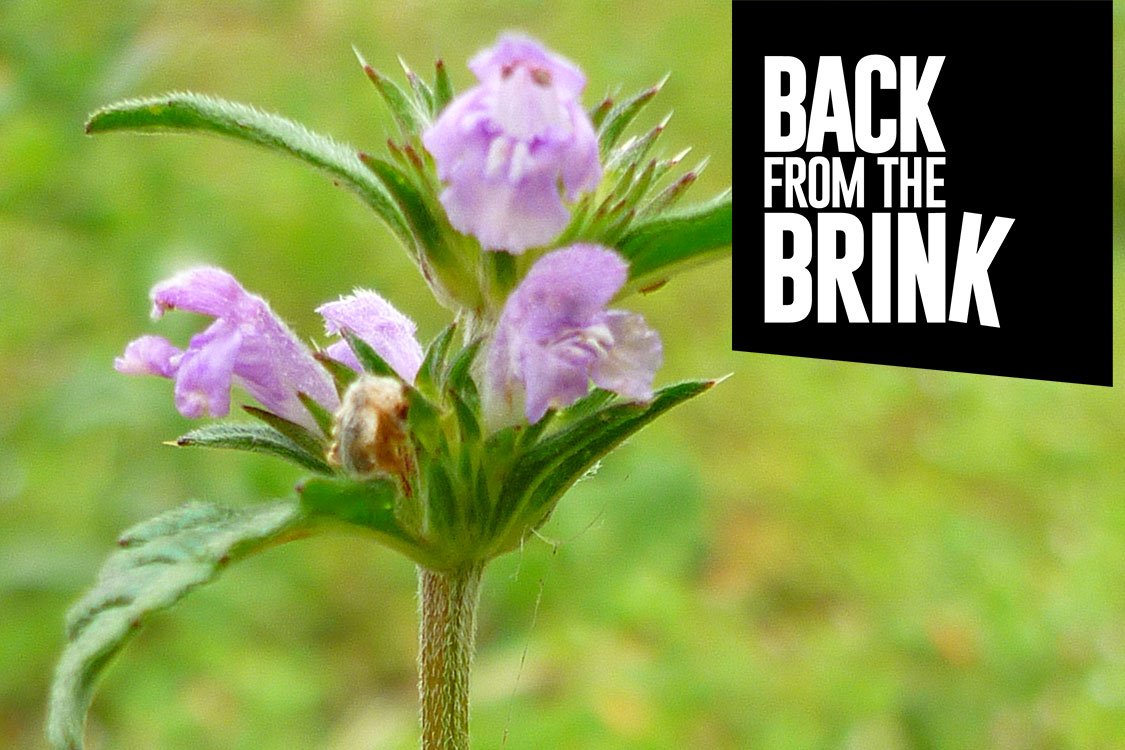 05 Jan Back from the Brink – Red Hempnettle

Posted at 15:42h in Wildlife and Conservation by Lydia Handy

Cultivated farmland is vital for many wildflowers and animals. Cornfield flowers were once a familiar sight but sadly in the last 200 years these plants have declined by 96%. This in turn has affected other wildlife including beetles, bats and birds who depend on these plants. The decline is due to changes in agricultural practices, change from spring to autumn sowing, increase use of herbicides and fertilizers and increased competition from modern crop varieties. The ‘Colour in the Margins’ project is a collaboration between Back from the Brink and farmers/landowners to help reintroduce arable species and bring back colour and diversity to the margins of crop fields.  We are fortunate to be one of those farmers working with Plantlife.

At Lower Hampen Farm, we have the right soils to reintroduce the rare and critically endangered Red Hemp-Nettle.  Red Hemp-Nettle is an annual herb flowering from July to October.  It is a relatively low growing plant with an erect stem which can grow to 50cm but generally much shorter.    It prefers free draining calcareous soils and is normally found growing within species rich arable plant communities.  It was decided to run three trial plots on the farm, two on the margins of arable fields and one in a disused quarry. In September 2019 the arable plots were cleared of existing vegetation, cultivated using minimum tillage and harrowed to create a fine tilth. In the quarry, stone and rock were turned over with a swing shovel digger to create bare ground.  The same sowing rate of 100 seeds per square metre was used for all three plots and the seed was sown by hand using quadrants to ensure an even distribution. Each plot was measured to 100sq m.  The arable plots were subsequently rolled to press the seed into the soil to aid germination the following spring.  Red Hemp-Nettle seed requires cold weather to crack the hard protective seed coating to trigger germination, so it is important that the seed remains exposed and is not buried too deep.

In April 2020 we were thrilled to see Hemp-Nettle seedlings emerging in all three plots.  The plots were formally surveyed in July by Plantlife.  The number of plants were painstakingly counted and in addition records were taken of the different species of companion plants growing nearby.  The germination rates were over 10% and 4% for the two arable plots and 5% for the quarry which is a great success with over thousand plants counted on one plot.  In all plots there was a difference in growth form with some plants being much squatter, bushier and showing slightly wider leaves, whereas others were taller with narrower leaves.  This was thought to be a trait from the original seed source.  Later in the summer a conservation photojournalist arrived to make a short film about the Red Hemp Nettle which we are looking forward to seeing!

The plants were left to set seed in the autumn and we gathered some seed by hand to distribute on other areas of the farm, leaving the majority to fall in the original plots.  In March 2021 the arable plots will be lightly cultivated and then we wait to see the results!  The project has officially finished but we intend to do our own monitoring in the future, reporting back our findings to Plantlife.  We have thoroughly enjoyed being part of this scheme and helping to save this lovely plant from extinction. 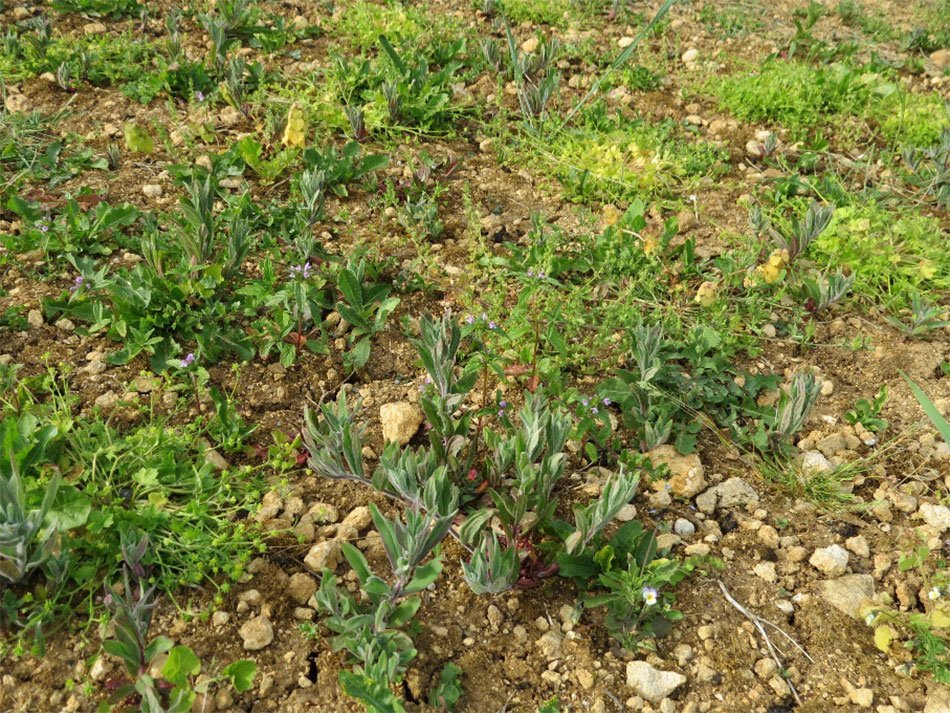 Arable field margin with red hemp-nettle and other arable weeds 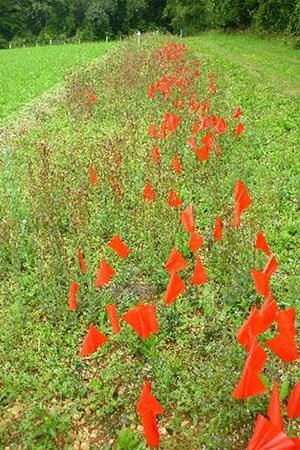 Find out more about all of the projects at Lower Hampen Farm on our projects page HERE.

More information about the Back from the Brink project can be found at:
https://naturebftb.co.uk

Discover more about the work of Plantlife at https://www.plantlife.org.uk/uk

Tucking into the bundles of tree hay that we made

Providing a scratching lost is so important for an